We are proud to announce that we are now a Terraclean service centre for Skegness and the surrounding area. Please contact us to find out what difference Terraclean can make to your vehicle.

Despite having revolutionised Carbon Cleaning in the UK, the TerraClean process is not fully understood by many. This is because of the continued presence of “old technology” products available in the market. Pour in products are the old answer to removing carbon from a vehicles system, most of them work – up to a point, but they fail to provide cleaning in the important post-combustion part of the vehicles fuel and exhaust system.

So how is TerraClean different?

Firstly our system is not a “pour in”, we use a very highly refined fuel on which we run your engine by linking it to one of our specifically designed cleaning units.

All petrol engines build up carbon deposits in combustion chambers, exhaust ports, catalytic converters (cat) and on lambda sensors over time and all petrol injection systems build up gums tars and varnishes. Both these contaminants have a negative effect on your engines efficiency.

Petrol is made up of two core components, Aromatic fuel and Aliphatic fuel. These two components are necessary to allow the fuel to achieve an optimum combustion rate and also achieve optimum power.

Aliphatic fuel has a very loose molecular structure meaning that it burns very easily and almost completely combusts leaving little or no carbon deposits behind in the combustion chambers but it creates very little power, this is why it's blended with aromatic fuel which is very powerful, this is where the problem starts. Aromatic fuel has a very tight molecular structure making it very difficult to burn and it relies on the aliphatic fuel to start the combustion process, because of the tight molecular bond of the aromatics they never completely combust and leave behind carbon deposits which form in the combustion chambers, exhaust ports, cats and lambda sensors this eventually has a negative effect on engine efficiency as the fuel is now burning in a dirty environment (combustion chambers) and restricting the performance of cats and lambda sensors. That's not where it ends as over time inlet valves and ports on manifold injection engines, fuel injectors on all engines and fuel pressure regulators (if fitted) suffer from a build-up of tars, gums and varnishes, this slows down the injector reaction times causing fuel timing problems, it impairs fuel atomisation causing incomplete combustion which can reduce fuel rail pressure, and in some cases can coat the inlet valves causing cold start misfires.

This is where a TerraClean service is different from any other engine/injector cleaning service.

TerraClean is the only service that has two stages of cleaning, the first stage cleans the injection system and inlet valves (manifold injection only) which restores functionality to injectors and fuel pressure regulator resulting in improved fuel pressure, timing and atomisation. On manifold injected engines it cleans inlet valves and ports of sticky deposits allowing improved flow of fuel vapour into the engine. This all results in cleaner fuel burn reducing the presence of Hydrocarbons caused by unburnt fuel in the exhaust gassed. The second stage of the process is where the science begins, using aliphatic only fuel, this fuel while passing through the TerraClean machine goes through a process called columbic fractionation, and it is given a passive negative electrical charge, this breaks down the molecular structure of the fuel even further turning it from a liquid to a vapour and as the carbon in the combustion chambers, exhaust, cat and lambda sensors has a natural positive electrical charge the fuel and subsequent exhaust gasses are attracted to it this then turns the carbon into carbon dioxide which exits through the exhaust tail pipe, the end result is cleaner combustion chambers, exhaust, cats and lambda sensors, this allows the ECU (The vehicle’s central processing unit) to react faster to fuel mixture changes and adjust fuel and ignition timing to suit. This levels you with an engine that is more efficient with better throttle response, runs smoother quieter and has improved emissions and mpg.

Whilst the technology is different when we clean diesel engines, the principles of the process are the same, we are linking your engine to our patented TerraClean machine, created specifically for decarbonising Diesel Engines. The process involves running your engine on our unique fuel to clean both pre and importantly post-combustion providing all the same benefits. Very importantly with diesel engines the TerraClean system will clean through both Exhaust Gas Recirculation systems and Diesel Particle Filters, where fitted and providing there is adequate air flow. Where there is severely restricted flow there are services available within the TerraClean family of solutions to address those problems. 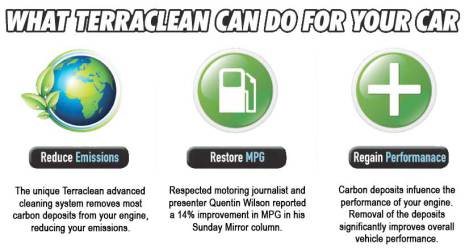 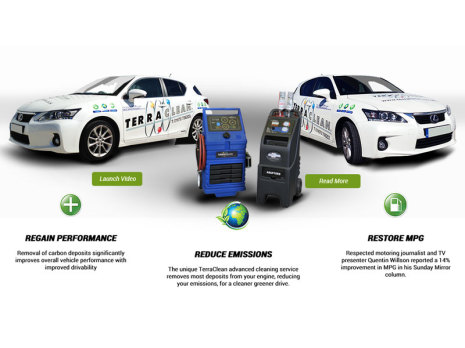 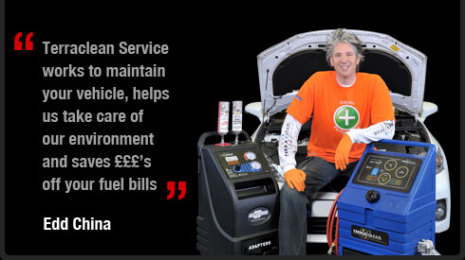 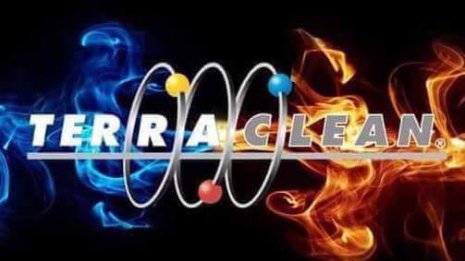 All-Terrain is proud to announce we are now a Terraclean service centre offering both Petrol and Diesel decarbonising as well as DPF, EGR & intake cleaning.